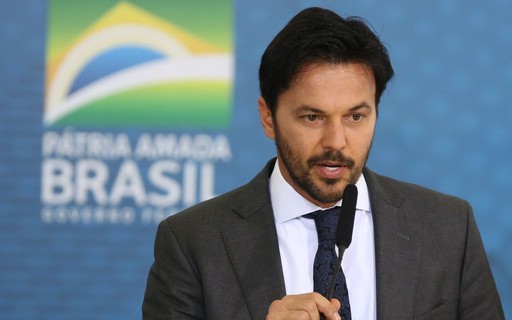 The Minister of Communications, Fabio Faria, stated this Tuesday (23) that the entry of new operators from the auction of 5G should make the service of the new technology “probably” cheaper than 4G. For the minister, this possibility is generated by the fact that, with the event, 1,174 municipalities with more than 30,000 inhabitants will have at least three service providers.

“Gives us a guarantee that the price we will pay for the 5G it will probably be cheaper than 4G. In Rio Grande do Norte, for example, we have Vivo, Of course e Tim. With an auction, Brisanet became an operator, so there will be more price disputes,” stated Faria at a public hearing promoted by the Senate Infrastructure Commission.

The minister also highlighted that some frequency bands did not receive proposals at the auction, which should allow a new bidding for these lots in six months or a year, in Faria’s assessment. “I believe that in six months, a year, Anatel can be holding a new auction,” said the holder of Comunicações. At the auction, 120 lots were actually auctioned, 45 were sold and 63 were disabled (due to the sale or non-sale of other lots).

See also  In France, 11 people have been convicted of terrorizing a teenager on the Internet for defaming Islam in the world

Another point highlighted by the minister was the school connectivity project, one of the commitments assumed by the companies that left the event with lots in the 26 GHz band. With this, R$ 3.1 billion will be allocated to bring internet to these spaces. According to the minister, 72,000 of 85,000 urban schools will receive the standalone 5G. The others will either be served by non-standalone 5G or by 4G.

According to Faria, 7,000 urban schools today do not have internet. Those that rely on the technology, however, are served with “very poor quality” internet. The government is still seeking to bring connectivity to schools through partnerships with low-orbit satellite companies, such as Starlink, from Elon Musk, and OneWeb. Faria has had meetings with both companies in recent weeks.

“Both Oneweb and Starlink are super interested, both in connecting schools and in protecting the Amazon,” said the minister, noting that the interest is also in using technology to monitor deforestation in the Amazon.

“There are Starlink satellites with lasers, which can detect the noise of the electric saw. They make this available to the government, there is a way to check whether that saw works legally or illegally”, mentioned the minister, according to whom both companies have already asked the National Telecommunications Agency (Anatel) the license to operate in Brazil.

“I had a meeting with Anatel’s board members. I believe that this matter has become a matter they are dealing with,” he said.