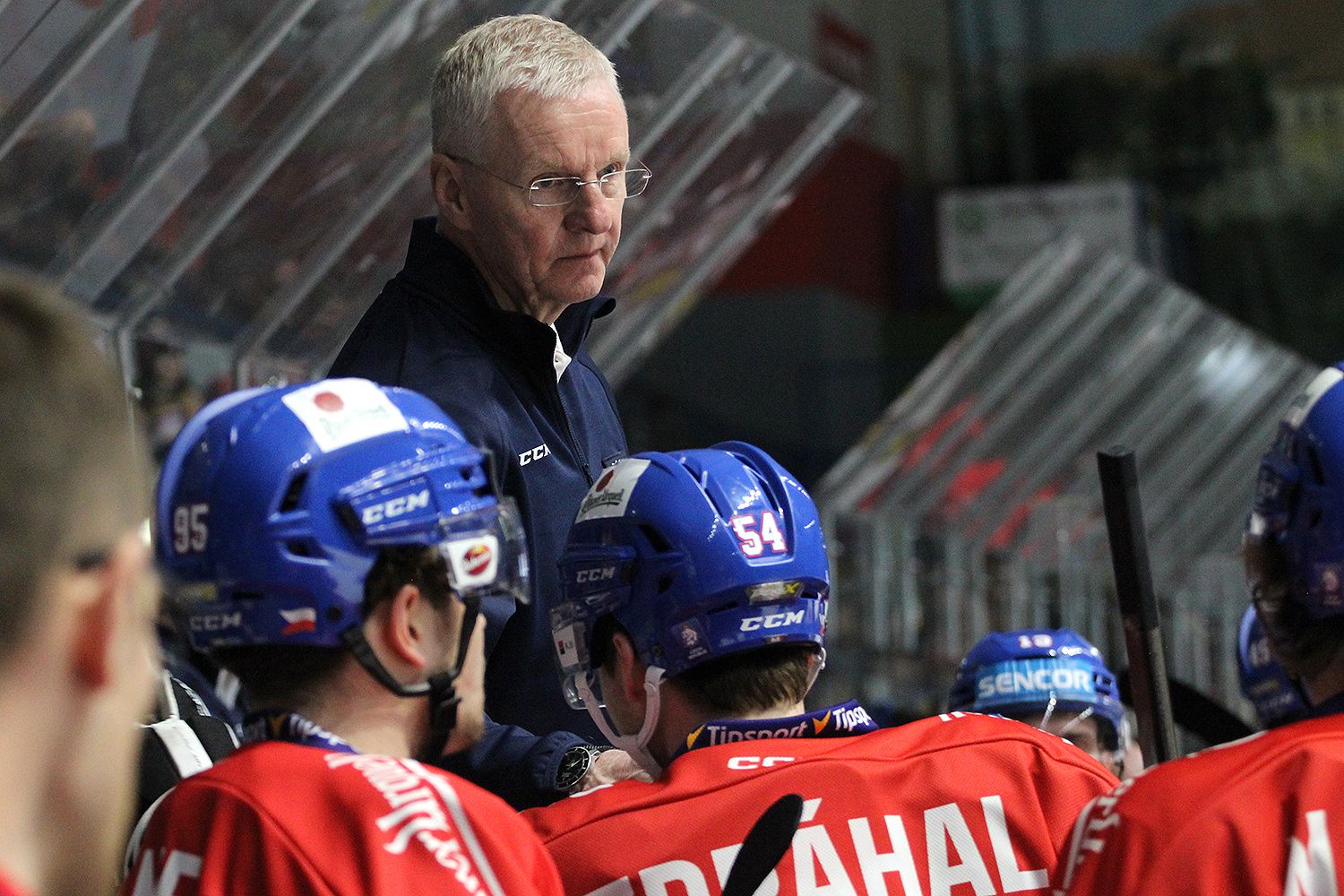 The coach of the Czech hockey team, Kari Jalonen, after announcing the nomination for the World Cup in Finland, admitted that it was not easy to choose the final twenty-five players who will fly to the championship.

“I had to make some very difficult decisions. Unfortunately, that’s the way it is, otherwise it doesn’t work. We have our reasons why we decided the way we did,” Jalonen said.

Seven players have remained in the team since the first camp, which was in Pilsen at the end of March. “But I would like to thank everyone who took part in the last six weeks of training. I saw a total of 52 of them, I met them all. I sat down with everyone, I had an exit meeting with everyone,” said the Finnish expert.

The fact that he does not take the best hockey player of the season, the best scorer and the most productive player in the extra league can be a surprise. “Of course, Filip Chlapík’s end was also difficult,” Jalonen admitted.

He watched the biggest star of the domestic competition carefully. “When I signed a contract with the Czech national team, I watched Sparta very often. I saw a lot of matches, he dominated the extra league, helped Sparta to the finals in the playoffs. In the end, it was decided that we did not see him among the players, it was key , “the strategist from the north explained.

Jalonen is very happy with how well the goalkeepers Karel Vejmelek and Mark Langhamer are doing. “Now they will be supplemented by Lukáš Dostál, who will join on Monday. They are all at a great level,” he praised the quality of the masked men.

Then he disassembled the other series. “We try to find a role for everyone in defense. Not only for the game five to five, but also for power play and weakening. It’s similar for the attackers, they also have their roles. This was the key to the whole nomination we tuned in Sweden,” he said. Jalonen.

According to him, choosing the right eight defenders was very difficult. “It wasn’t easy to say to the two that we were thanking you, but that it was over. But it is,” he shrugged.

He did not want to be specific about the possible composition of individual formations. “I have some ideas, we have already tried something in Sweden. We have some possibilities for cooperation there, but we will see. I still want to discuss everything with my colleagues.”

The team could be strengthened by other NHL players. “We talked a lot about it with Petr Nedvěd and we will monitor the results in the playoffs. We know that some teams are no longer far from eliminated. We also have several candidates on the other side. We will see what happens next in the first round,” said Jalonen .

During the six Euro Hockey Tour matches played by the national team in two tournaments, he did not find a winner in the regular time. His charges won the Czech and Swedish games.

“The tournaments were a good test for the World Cup. I’m glad we had a tough match and in most of them we were able to find a way to victory. Overall, I’m really happy with the current situation. We are all healthy, the players are neither bigger nor smaller. injury, which is always very important for the team, “said Jalonen.

“The results are very good for us. I am especially glad that we have built a self-confidence and faith in the style of hockey that we practice. This is the best thing I have brought from Stockholm,” added Jalonen.

He highlighted the defensive side of the game. “I followed our matches back. If you want to succeed at the World Cup, you have to play very well in defense. But we also have players who can score a goal and find a way to victory,” said Jalonen.

“It was a close match in Stockholm, but we managed to manage it, including the match, which was 0-0 after forty minutes. I think special formations will be important. “We have to work on it in Tampere,” Jalonen said.

He believes that at the World Cup, the team can meet even the highest expectations. “When the tournament starts, we have to go day after day, match after match. The champions do not consider what result they will play in the final. We have to focus on each individual match and be able to prepare for the next one,” the Finnish coach appealed.

“We talked a lot about our goal. Everyone knows that when we go to the World Cup, we always have to do something big. I’m a realist and I know we can win gold, but only if we go day after day and match after match,” Jalonen repeated.

The Czechs will enter the tournament on Saturday from 15:20 CEST against Great Britain. Other rivals in Basic Group B in Tampere are Sweden, Austria, Latvia, Norway, the United States and Finland.