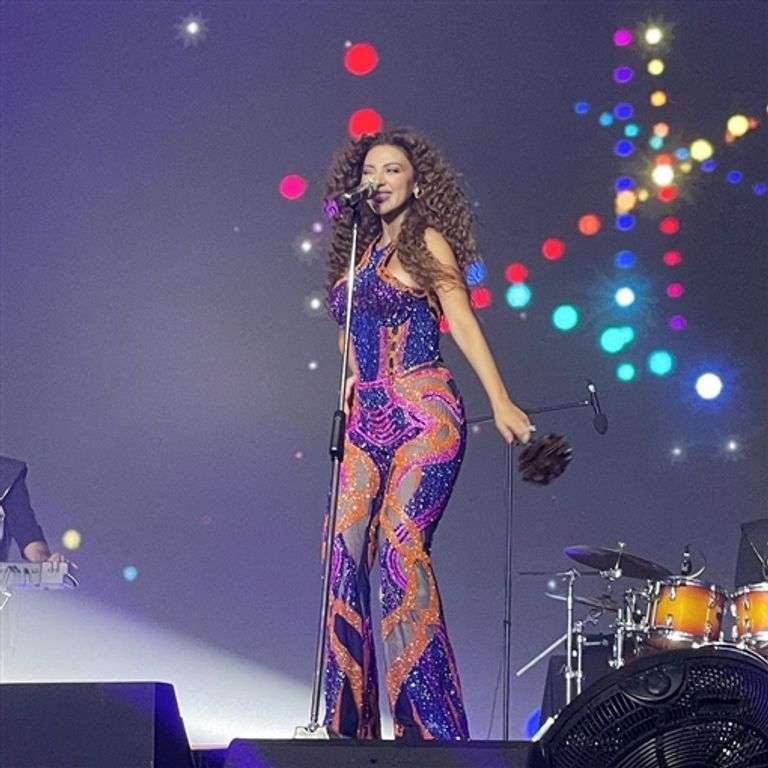 The Lebanese star, Myriam Fares, was subjected to a wave of criticism, after appearing dramatically in her last concert in Saudi Arabia.

Myriam gave a big party, Thursday, in the gamers season, and appeared on stage with a very bold look, as she wore a jumpsuit in loud colors, blue and orange, and the design by Jean-Pierre Khoury, with whom the famous star cooperates in recent years.

Myriam Fares’ clothes at the Saudi party ignited the anger of a wide section of the audience, especially since the lining was similar to the color of the body.

The works of Myriam Fares
Myriam Fares recently released a new song titled “Qudahha Anbatabat”, written by Mustafa Hassan, composed by Ahmed Mustafa and distributed by Hani Rabia. The song was filmed in Berlin, and Myriam appeared in it with a modern look and presented a dance of her own design in the lyric clip.

Myriam also announced in press statements that negotiations are underway with the International Football Association for her participation in the 2022 World Cup ceremony in Qatar, stressing that she has started choosing the appropriate song for the ceremony.