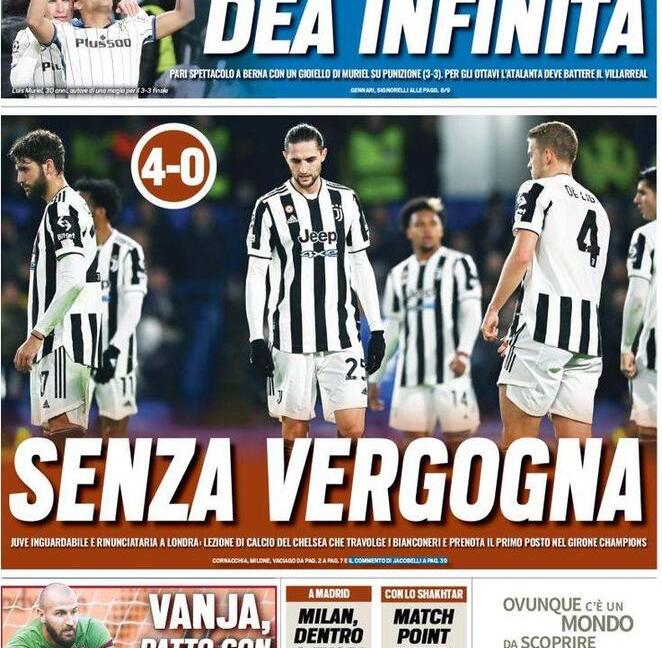 The comments of the newspapers against Juventus in London were harsh, very harsh. The bianconeri collapse against Chelsea and they even lose 4-0 at Stamford Bridge: it is a historic evening, the thud is clear and there is no justification, much less that of the qualification already acquired. “Without shame”, headlines Tuttosport, who adds: “Juve unwatchable and renouncing in London: Chelsea football lesson that overwhelms the bianconeri”.

Read the first pages in the gallery below.

See also  After the departure of Fathi, the return of Smouha explains his position regarding returning to Al-Ahly