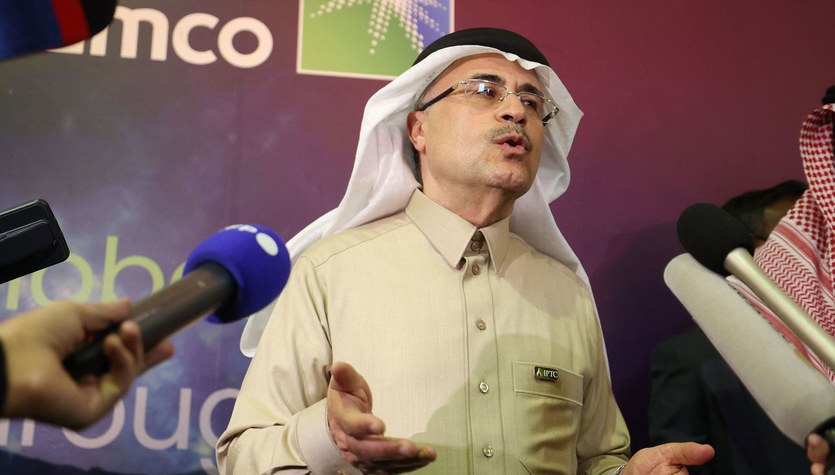 Heaven’s care for the fuel transaction and its authors is beyond dispute, unless someone has decided to remain with the prince of darkness! It may be surprising that it took so long to bring the divine plan to a happy end, but it has been known for a long time that “God is slow, but (righteous and) just”.

So it started in 2003, when the trade unionists of “Solidarity” from Płock and Gdańsk brought two crosses to the Vatican, to be blessed by John Paul II in the intention of creating a national oil company. Only someone of little faith can ask whether the ailing Pope who is approaching the end of his life even knew what one of the hundreds of delegations said to him in an audience. One, silver and studded with amber – and modest – went to the Orlen headquarters in Płock, the other – to Gdańsk, to … the wardrobe of one of the trade unionists – just in case, because you know how suspicious this city is!

When in 2015 the True Freedom Hour struck, the cross was handed over to the Basilica of St. Bridget, where it was hung on an amber altar, commissioned by the otherwise known prelate Henryk Jankowski. Now both crosses met there to – together with the altar – constitute the background for the speech of Daniel Obajtek, who is not a clergyman, but the President said about him that “he has something that God gives, and which is difficult to define: an aura” . There is no doubt, then, in the right man in the right place and against the right background.

It is not known what exactly he said, because the text of the sermon … pardon, speeches, it is impossible to find even on the official website of Orlen, but the photos show emotion and pathetic joy on his face – the president, not the concern, which is all the same, especially since the solemn and holy mass for the merger was sealed with amen.

It is very good, because the forces of darkness do not think to let go, so they raise some minor issues, and we know who is in the details! “Other devils were active here” and provocatively ask how it is that for 30 percent. shares of the company, in which more than PLN 10 billion has been invested since 2005, the state receives only PLN 1.15 billion and why will Orlen get less than 200 MOL stations in Hungary and Slovakia for over 400 Lotos fuel stations. They ask about the Hungarian company’s Russian connections and about its president, who was prosecuted by the European Arrest Warrant after he was legally convicted of trying to bribe the Croatian prime minister.

They ask why the Polish government allows some of Lotos’s refining assets to be taken over by Saudi Aramco, which after Russia’s attack on Ukraine is very eager to cooperate with the aggressor, and why after buying only 30 percent of of these assets, the Saudis will have as much to say as Orlen, which has 70 percent. of these assets, and finally – is it true that they can sell their shares when and to whom they want – even tomorrow and even to the Russians …

Let’s help Ukraine – you can help too!

It was for such people of little faith that a miracle happened – prices at Polish fuel stations began to fall. The member of the Orlen management board responsible for finances immediately announced that this was the first effect of the merger with Lotos! How do you not believe him? Do you really think the reason is the fall in oil prices in the markets because the world is preparing for a recession? Can a manager of a blessed and devoted company speak untruth? Is there any need for better proof that “if God is for us, who can be against us”? By the way – it used to be easier. Heretics could simply be burned at the stake. Verva would burn exceptionally well if watered with ethillin …