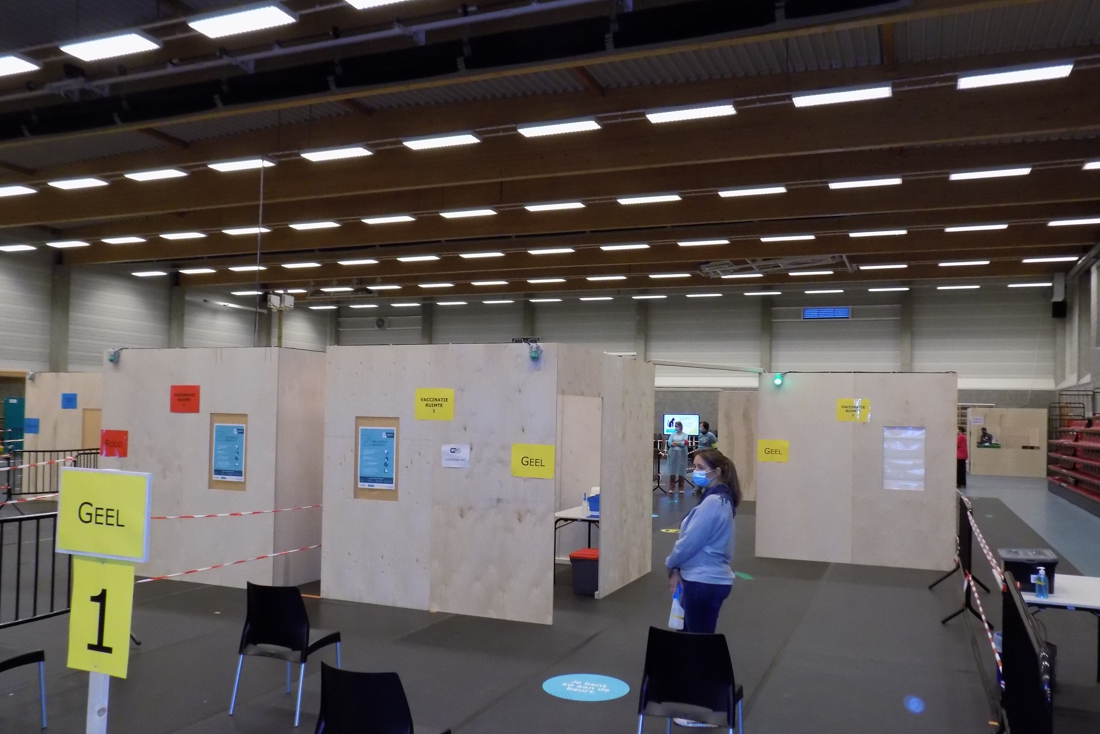 Priscilla Van Boven (33) from Wechelderzande (Lille) is worried because she received the wrong second vaccine at the vaccination center in Tielen (Kasterlee) on Wednesday. Instead of Pfizer, she was given AstraZeneca. But according to the doctor in charge, there is no medical danger and the woman will still receive her second Pfizer vaccine. “I didn’t go to sleep in peace after all,” Priscilla says.

The 33-year-old shop assistant from Wechelderzande entered the vaccination center in the Tielenhei sports hall in Tielen on Wednesday in good spirits for her second shot. She was surprised when the nurse informed her that she had been given an AstraZeneca vaccine instead of Pfizer’s planned vaccine.

“The nurse said I was the last one with AstraZeneca. When I told her I was coming for a Pfizer vaccine, she panicked,” says Priscilla Van Boven. “The doctor present in the center immediately reassured me, but afterwards I called my GP anyway. He didn’t know if there would be consequences. I also have an immunity disease and have contacted the specialists at UZ Gent. They couldn’t help me either. There would have been a study in England with people who had received two different vaccines, but I can’t find any information about that.”

The vaccination center managers immediately arranged a second appointment for Priscilla Van Boven to receive the correct second vaccine on 19 July. “I’m not sure if it’s a good idea to get a third vaccine,” she wonders aloud. “The advantage would be that I might be extra protected, but I have no information about that at all. I feel very well at the moment, but I did not go to sleep on Wednesday. I don’t blame anyone, but I hope it won’t happen again.”

See also  why should you get the flu shot this year?

In the vaccination center of the primary care zone Middenkempen they admit the mistake frankly. “There was indeed a human error. Normally there is a double check of the vaccines in the vaccination center, but apparently this has not happened,” explains doctor Stefan Teughels, chairman of the primary care zone Middenkempen. “The error was immediately noticed and we contacted the person to book a second Pfizer vaccine. From a medical point of view there is no problem. The person in question has a certain medical condition, so it might even be good for her to get a third vaccine. But we will make sure that such a mistake cannot happen again.”