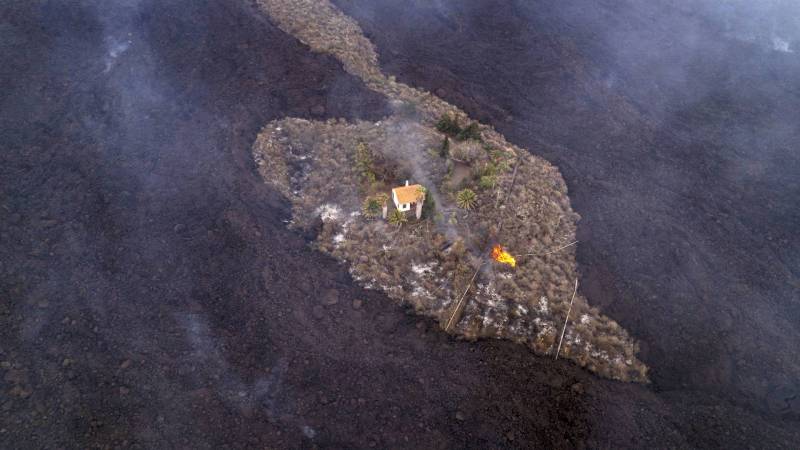 A signal of hope, this is how an iconic photo was described of a house on La Palma that is miraculously the only one in the area. was spared by a stream of lava. The house was destroyed a few days later. New lava flows, caused by the ongoing eruptions of the volcano on the Canary Island, have engulfed it yet.

“Last night there were continuous explosions,” says correspondent Rop Zoutberg, who is on La Palma. “It sometimes looks like an aerial bombardment.” The explosions are partly caused by the lava coming into contact with plastic banana greenhouses.

The eruptions seem to have entered a different phase. Previous eruptions produced viscous lava that moved slowly, but the lava now emerging from the volcano is more fluid and therefore faster. It seems that the house, built by a Dutch woman for a Danish couple, was destroyed as a result.

Watch images from Spanish TV of the destroyed house here:

See also  The Canary Islands may disappear in the future. Lava is to blame