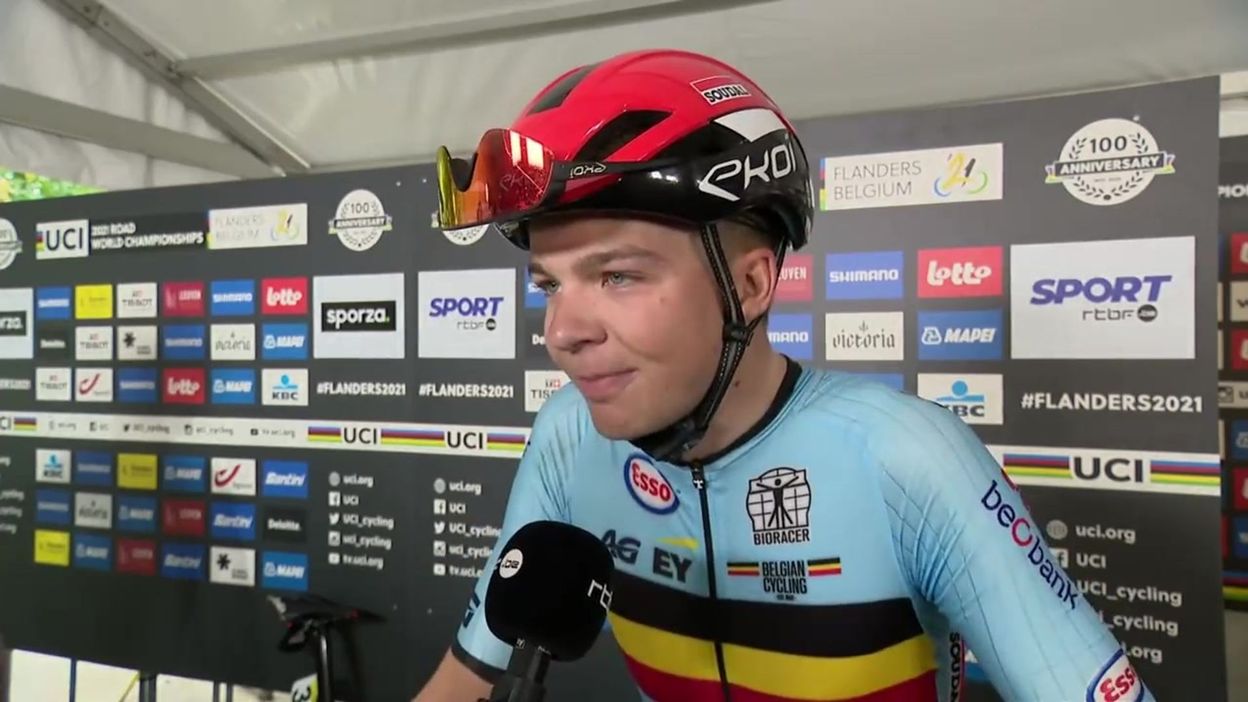 Florian Vermeersch (51st) gave the maximum in the final of the U23 world championship which took place Friday between Antwerp and Louvai ,. He regretted that the Belgians were penalized by falls. According to the bronze medalist in the world time, two teammates were missing in the final.

“We missed the breakaway and it was a shame“, indicated Florian Vermeersch.”We tried to rectify the situation with Stan van Tricht and Fabio van den Bossche ahead in an attempt to reduce or close the gap. Which has succeeded.“

“I did my best to put Thibau in the best possible position in the final but the Italian Baroncini was just too strong on Friday and he managed to hold his own against the peloton. As far as we are concerned, we were missing two men to take matters in hand but they weren’t there due to the falls. It can not be helped. Fabio and Stan gave everything, myself also in the final phase. But it was a shame to find us four from the middle of the race. But unfortunately it can happen. This is the race“.

Florian Vermeersch regretted the many falls that occurred during the race, especially in the ranks of the Belgians. “We had a lot of falls in our ranks in this race. We were, however, well placed in the peloton in which there were experienced and non-experienced riders, for whom I obviously have respect. But some riders, from the start of the race, did not feel at ease in an international peloton like the world one. There were thus a few maneuvers which caused falls“.

Arnaud De Lie was forced to retire after a fall, 65 kilometers from the finish, which weighed on the scenario planned for the Belgians. “What had been planned for us, in case of arrival in a large group, that we would do everything to help Arnaud de Lie and Thibaut Nys, but Arnaud was no longer the victim of a fall earlier in the race, Lennert van Eetvelt neither and we really missed these two runners. I would like to salute Thibaut Nys for his 6th place. I think he has a very bright future both in cyclocross and on the road, especially with his sprint. He is only in the first year in the hopes“.