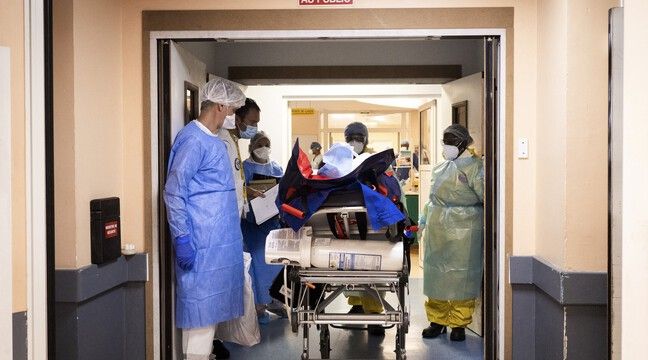 “Every winter in France, the flu leads many patients into
intensive care, and nobody ever had the idea of
to confine the population, to make the vaccine compulsory, or to declare a state of health emergency, ”denounces an Internet user in a particularly viral tweet published a few days ago. To support his remarks, the author of the tweet accompanies his message with a graph which lists the number of patients admitted to intensive care due to influenza between 2014 and 2019. There are figures that may seem impressive.

But then, why the health policy to fight against flu was it not the same as that set up for the
Covid-19 ? This is the question many people ask themselves who find that the measures taken by the
government are “unjustified”.

Reminder: every winter in France, the flu leads many patients to intensive care, and no one ever had the idea of ​​confining the population, of making the vaccine compulsory, or of declaring a state of health emergency … 🤔 pic.twitter.com/C6SRYuejus

The graphic reproduced by Internet users comes from a study on the characteristics of influenza hospitalizations between 2012 and 2017, published by Public Health France in 2019. It can be seen that, during the peak weeks of the epidemic, more than 300 patients affected by influenza are admitted to intensive care. These are indicators that must be compared with those used for monitoring the coronavirus epidemic.

On the precise question of admissions in sheaves, the comparison is final: according to figures published on Monday, November 22, 2021 relating to the last seven days, 512 patients were admitted to intensive care for a Covid-19 infection, according to the Public Health France barometer. More admissions, therefore, even though France has not reached the peak of the fifth wave. By way of comparison, more than 400 people were admitted every day in “critical care” at the height of the third wave, in April 2021.

Another element of comparison, the number of deaths linked to each disease. The finding is clear: “The flu kills much less than the Covid-19”, underlines Catherine Hill, epidemiologist, with 20 Minutes. According to research carried out by the University of Dijon and published in the scientific journal The Lancet, the death rate of hospital patients due to Covid-19 is three times higher than that linked to seasonal flu. 16.9% of those admitted for coronavirus between March 1 and April 30, 2020 in France died, against only 5.8% of those hospitalized between December 1, 2018 and February 28, 2019 for influenza.

The flu also overloads hospitals less, because stays are shorter: on average 11 days, against 16 for an admission due to Covid-19, according to figures from the Technical Agency for Information on Hospitalization. The current virus also leaves more aftereffects.
According to the same study by researchers from Dijon, one in four patients with Covid-19 in the spring of 2020 suffered from acute respiratory failure, compared to less than one in five patients suffering from the flu.