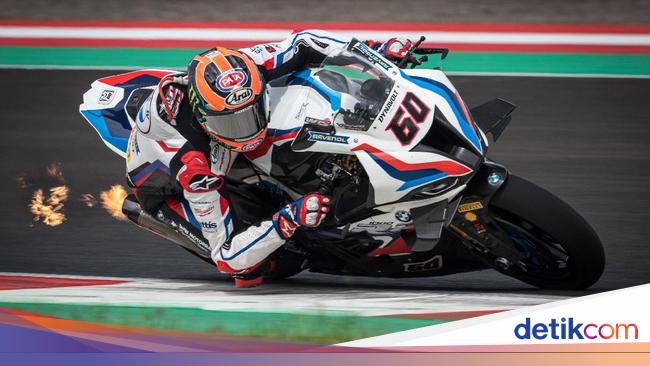 “I got a lot of questions on my insta story from a few days ago. Yes, I am indeed of Indonesian blood! My grandmother is from Ambon, my mother is 50% Indonesian. That’s why I like to eat Indonesian food # Selamatmakan #May God Bless You,” he wrote in a post on Instagram in 2017.

“When Race 2 was unfortunately postponed but it was the right decision. When we went to the race the track was really wet and there was still a little rain. I knew that the track would have a lot of grip and these 12 laps I thought was long enough. I had a start. a good one and a good first round. It was a lot of fun and at some point I fought Toprak. We had some really good battles on the track, it went back and forth and I really enjoyed it. To finish the season in third place is amazing, always fun to finish the season on the podium and especially knowing we had so much fun,” said Michael van der Mark.

Michael van der Mark’s BMW M 1000 RR is the first M model from BMW Motorrad, which is based on the 2020 S 1000 RR. The development of the M RR itself follows the success of the M Series which began at the end of 2018.

The BMW M 1000 RR is a high-performance sports bike, wrapped like a racing motorbike. This motor has more power and torque than the S 1000 RR model.

Following are the specifications of the BMW M 1000 RR: