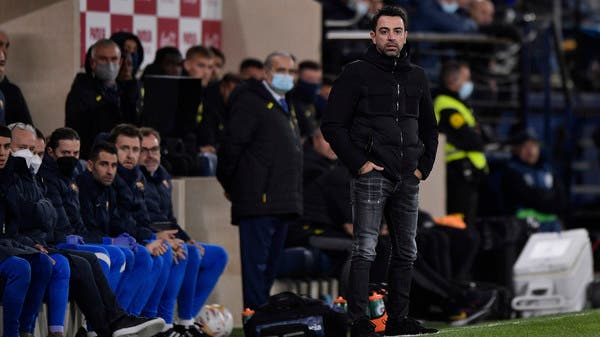 Barcelona’s new coach Xavi Hernandez believes that the 3-1 victory at Villarreal on Saturday evening in the Spanish Football League will give his players a moral boost, despite acknowledging that the performance does not reflect the result of the match.

Xavi said in the press conference for the match, the two legs were equal, Villarreal is a great team, during the three matches in which I supervised the team, that match was the most dominant for us, but it is the least match we deserve to win.

He added: The match could have ended in a draw instead of us winning. It is a great result and gives us a great morale boost.

He pointed out: It is an amazing victory that gives us a lot of confidence to continue growing, winning gives us life.

He concluded by saying that today the victory was for the team spirit, when we do not play well we must also win, we Barcelona.

Xavi began his career with Barcelona by defeating Espanyol with a goal without a response last week after the succession of Ronald Koeman as coach, before leading the Catalan club to victory at Villarreal on Saturday evening.

Barcelona advanced with a goal scored by Frenkie de Yuny in the 48th minute, Villarreal equalized through Samuel Chukwueze in the 77th minute, then Memphis Depay scored the second goal for Barcelona in the 88th minute before Philippe Coutinho concluded Barcelona’s goals in the fourth minute of stoppage time for the match from a penalty kick.

Barcelona raised its score to 23 points in seventh place, and Villarreal’s balance stopped at 16 points in twelfth place.