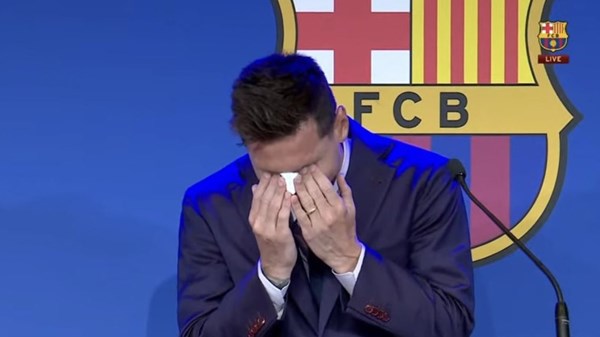 Berlin (DPA)
Barcelona coach Xavi admitted that the return of Argentine star Lionel Messi to the team at the present time is “impossible”, but he refused to rule out his return in the future.
Xavi also refused to be compared to two legendary coaches of Barcelona.
Messi’s 21-year career with Barcelona ended last August when he joined Paris Saint-Germain in a free transfer deal, in light of the financial problems facing the Catalan team.
But Messi, the seven-time Ballon d’Or winner as the best player in the world, scored six goals during his first season in the French League, which is his worst record in a single season since he scored the same number of goals in the Spanish League in the 2005-2006 season, when he was At eighteen years old.
There is only one year left in Messi’s contract with Paris Saint-Germain, knowing that the contract includes a clause allowing for another year’s extension, and Barcelona president Joan Laporta has stated that he does not believe that the Argentine star’s story with Barcelona is over.
As for Xavi, Messi’s former colleague in Barcelona and the current coach of the team, he said during a press conference that such a step is not feasible, at least for the time being.
“He is tied to a contract, and this is currently impossible,” said Xavi, who is preparing the team for the friendly match against Juventus in Dallas as part of the two teams’ tour in the United States in preparation for the new season.
Xavi added: “Messi is the best footballer in the world and in history. Club president Laporta has already said that Messi’s story with Barcelona is not over, but this is not the time to talk about it.”
Xavi has had a successful period since taking over Barcelona coach last November, as he led the team to second place in the league after it was ranked ninth under the leadership of former coach Ronald Koeman.
Now it is expected that Barcelona will return to the competition for titles after strengthening its ranks with the likes of Robert Lewandowski and Rafinha.
Despite this, Xavi confirmed that he does not seek to compare him with the legendary coaches of Barcelona, ​​​​Pep Guardiola and Johan Cruyff.
He added, “I have no idea about Guardiola’s numbers equation. What I want for Barcelona is to win. It’s not a matter of arrogance. I don’t want to beat Pep or Johan or anyone. On the contrary, I benefited from them. flat world»

See also  After India and Kyrgyzstan tied, the UAE Olympic team officially qualifies for the AFC U-23 Cup finals