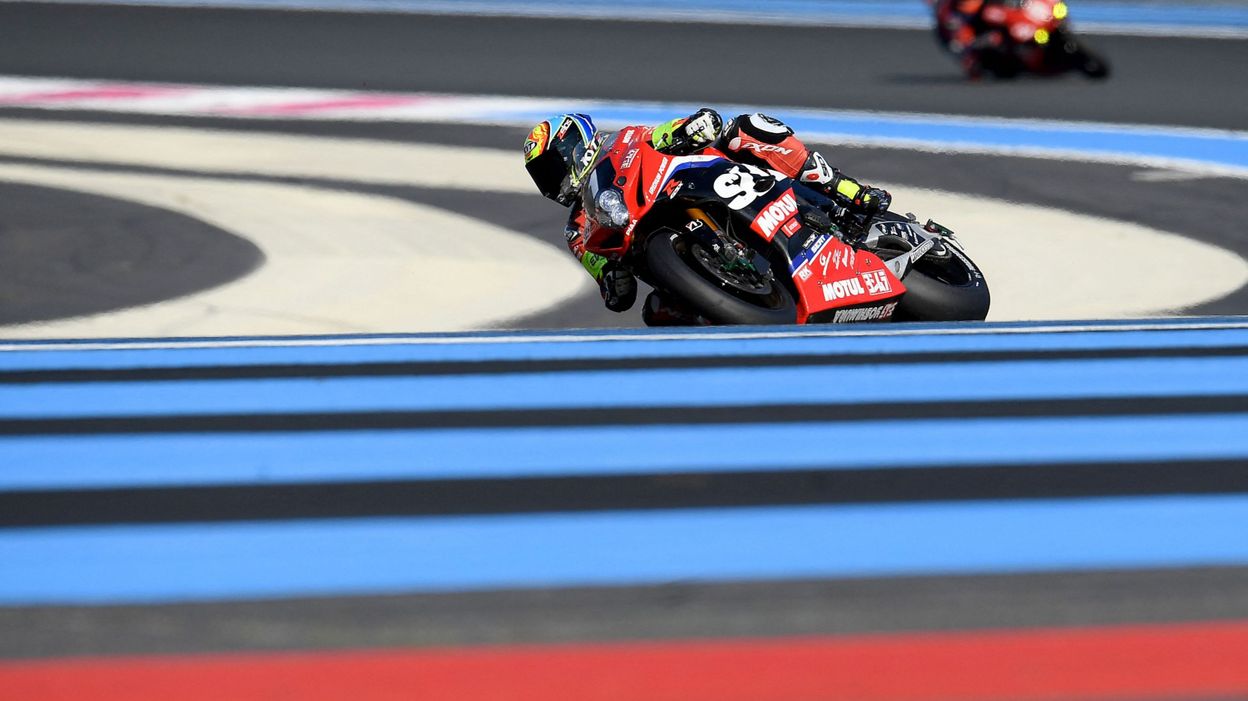 This is a second world champion title, the first in endurance, for the 32-year-old from Brussels after that in Superstock 1000 in 2009. Arrived at the 6 Hours of Most, fourth and last round of the championship, on the strength of their recent success in the Bol d’Or, Xavier Siméon, Gregg Black and Sylvain Guintoli needed a combination of circumstances to lose the title.

Consistently in third place during the race, they were assured of the crown two hours from the finish with the abandonment of the engine failure of the Yamaha of Florian Alt / Florian Marino / Nicolas Terol (All / Fra / Esp), only crew that could still prevent them from being champions. This title was acquired logically after victories at the 24 Hours of Le Mans and the Bol d’Or, in addition to this 3rd place at the 6 Hours of Most. On the other hand, they had abandoned at the 12 Hours of Portimao.

The Yoshimura SERT Motul team takes its 17th crown in the motorcycle endurance world championship, the second in a row. The famous team founded by Frenchman Dominique Méliand, now retired, had undergone a serious reshuffle during the winter by being associated with the Japanese trainer Yoshimura. The 6 Hours of Most were won in a sprint by the BMW of Ilya Mykhalchyk / Markus Reiterberger / Kenny Foray (Ukr / All / Fra) after a superb duel with the Yamaha of Karel Hanika / Marvin Fritz / Niccolò Canepa (Tch / All / Ita), which failed barely 70 thousandths of a second! (Belga)