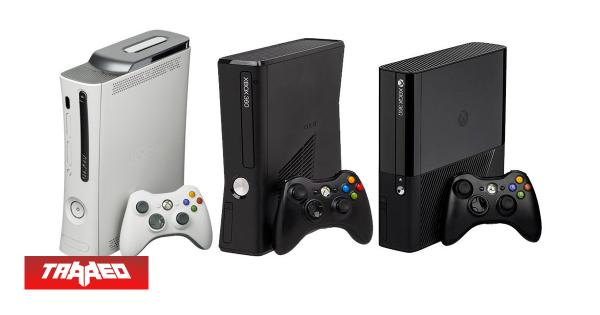 It seems that time flies, many would say, because today Xbox 360 turns fifteen since its official launch, positioning itself ever since as one of the most memorable consoles with a control design that today, for many, is the best ever.

Is he November 22, 2005 when the console was released to the public as a successor to the Xbox, competing a year later with the PlayStation 3 and Nintendo Wii. This is Microsoft’s second console in collaboration with IBM and ATI (later acquired by AMD). The system was revealed at a televised event on the MTV network in May of the same year it was launched.

Did you know that Xbox One was also released on November 22?

In May 2008, 3 years later, Microsoft announced that the console had already sold more than 10 million systems, being the leader in sales at the time.

Although the Internet connection from this type of system was already possible from the Sega Saturn, it was not until the Xbox 360 era that the online became popular with its Gold subscription.

The console went through different phases, including: Xbox 360 Core, the first and most basic model of the line, later replaced by the Arcade version, which improved performance and had an internal memory unit for storage. Later we come across Xbox 360 Premium, including for the first time a hard drive, which would be increased in capacity by the Elite to a total of 120 GB. Coming to the end, we find the launch of the Xbox 360 S, offering the main feature of being compatible with Kinect and having integrated Wi-Fi. Finally, in 2013 the latest model, Xbox 360 E.

Microsoft gave by console production ended in April 2016, to the sadness of many.

Take a look at the launch event: