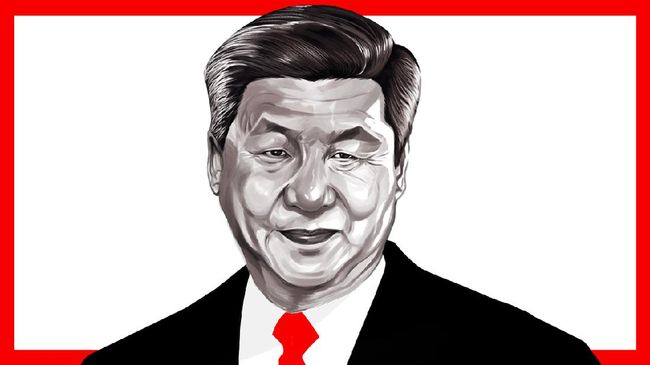 Jakarta, CNBC Indonesia – Chinese leader Xi Jinping gave a special message to Southeast Asia. He insisted his state would not dominate the area or bully its smaller neighbors.

This he said on the sidelines of a virtual conference with ASEAN members, related to the 30th anniversary of China’s relations with the region. As is known, relations between China and the region are strained due to the South China Sea (SCS) dispute.

“(China) wants to jointly preserve lasting peace in the region and in no way will seek hegemony or even less, small bullying.”

Xi’s statement came after a few days earlier, media coverage was busy with attacks by Chinese ships on Philippine ships. China is said to have fired water cannons at Manila fishing boats, which angered the government of President Rodrigo Duterte.

“We despise the recent events at Ayungin Shoal and view with serious concern other similar developments. This does not speak well of the relationship between our countries and our partnership,” Duterte said, according to a statement from his office.

Duterte also called on China to respect the 1982 United Nations (UN) Convention on the Law of the Sea which stipulates maritime rights and sovereign rights over maritime zones. This includes the 2016 The Hague arbitration award, which largely invalidated China’s claims in the South China Sea, which were rejected by China.

“We must take full advantage of this legal instrument to ensure that the South China Sea remains a sea of ​​peace, stability and prosperity,” Duterte said.

“Malaysia calls on all countries to remain committed to safeguarding the South China Sea as a sea of ​​peace, stability and trade,” he was quoted as saying by his office.

“To this end, all parties should exercise restraint and avoid actions that could be considered provocative, which could further complicate the situation and increase tensions in the area.”

China is an important market for Southeast Asian countries as well as a source of investment. China also has strong ties with ASEAN members, Cambodia, Laos and Myanmar.