Samsung has already launched the Galaxy S20 series and Xiaomi is already one of its biggest competitors. The Xiaomi Mi 10 and Mi 10 Pro are each supposed to be the answer to the S20. Now almost all details about the hardware of the new top smartphones are available.

For its part, Xiaomi has repeatedly drummed social media posts for the Mi 10 and its even better equipped sister model, the Xiaomi Mi 10 Pro, so that a lot of information is already available. In addition, a large part of the specs were apparently also viewed in the Mi-Store app, so that a largely complete picture of the two new devices can now be drawn. So much in advance: They are almost identical – and nothing works without 5G. 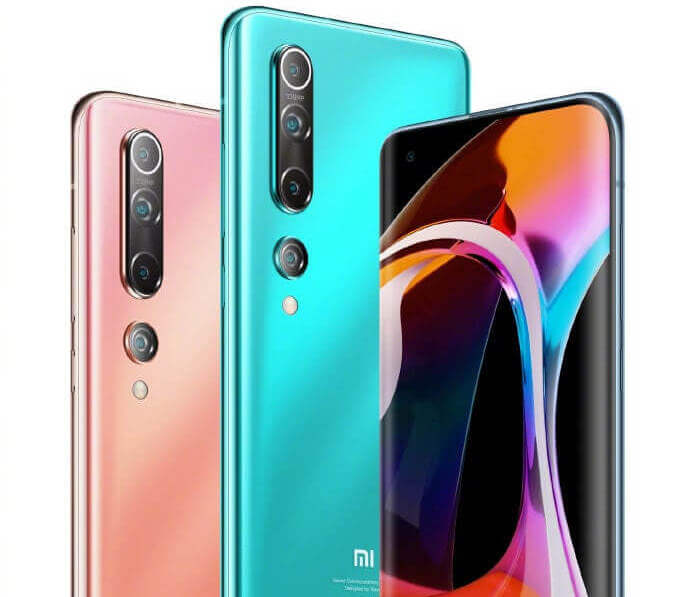 Official picture: This is how the Xiaomi Mi 10 (Pro) should look

The focus is on the display, which is a 6.7-inch AMOLED panel with a resolution of 2340 x 1080 pixels and relatively narrow edges. The panel has a hole in the top left, behind which Xiaomi houses the front camera. Xiaomi uses a display that offers an increased refresh rate at 90 Hertz, so that the movements of the displayed content should appear smoother in the future.

At the same time there is talk that the touchscreen works with 180 Hertz and can therefore react faster to inputs. In addition, Xiaomi has installed an ultrasound-based fingerprint reader directly under the surface of the OLED screen, which should unlock the new smartphones more securely. How well it responds remains to be seen, after all, this new type of fingerprint reader was one of the criticisms of Samsung’s latest high-end smartphones.

Both versions always with Snapdragon 865 and 5G modem

Inside the new Xiaomi flagships, the new Qualcomm Snapdragon 865 Octacore SoC is in the case of both the Mi 10 and the Mi 10 Pro, which achieves up to 2.84 gigahertz on one of its high-end cores, while three further performances -Cores work with a maximum of 2.6 GHz and four energy savers up to 1.8 GHz are available for simple tasks. Xiaomi also gives the devices up to 12 gigabytes of LPDDR5 memory and up to 256 or 512 gigabytes (pro model) of internal flash memory based on UFS 3.1.

Xiaomi apparently missed the Mi 10 and the Mi 10 Pro with the same high-end cameras around a 108 megapixel sensor with 0.8 micron pixel edge length and optical and electronic image stabilization. The screenshots from the Mi Store app that appeared earlier also suggest that videos with up to 8K resolution are possible and 4K videos with up to 60 frames per second.

The main difference is storage and battery

There is also talk of a burst mode for slow-motion pictures with up to 960 frames per second. HDR and similar features are of course just as standard as the now common AI support for better photos. No details are yet available on the other camera sensors of the Mi 10 and Mi 10 Pro, but it is likely that they are telephoto, ultra-wide-angle and depth cameras.

The main difference between the two new Xiaomi smartphones, in addition to the differences in memory, appears to be in the battery. While the Pro model has a somewhat smaller power storage with 4500mAh, the “normal” Mi 10 supposedly installed a 4780mAh battery. The Pro model can also be quickly charged with up to 50 watts, while the “standard” version should be charged with a maximum of 65 watts. Both devices can also be charged wirelessly with up to 30 watts via a special charging dock from Xiaomi and should be able to deliver a maximum of 10 watts to other devices.

Little is known about the prices and availability of the new Xiaomi smartphones. In view of the increased costs for the purchase of Qualcomms only with the Snapdragon 865 available together with the Snapdragon X55 5G modem, we could be dealing with the most expensive regular luxury class smartphone from Xiaomi so far.