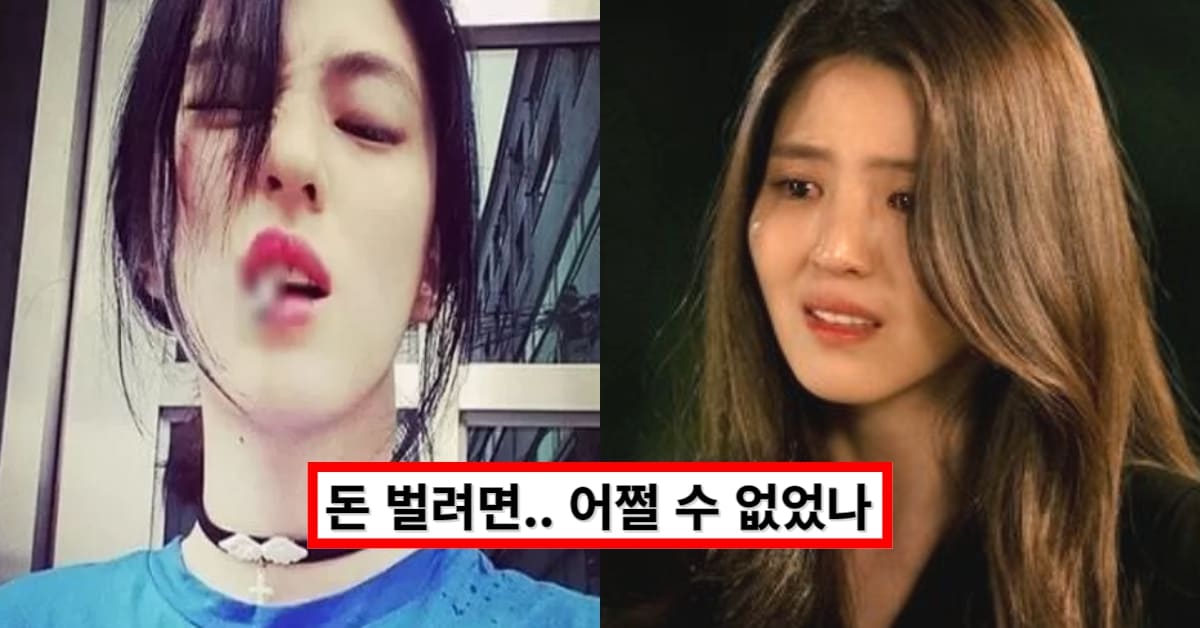 Actress Han So-hee, who made headlines for her bold response to tattoo-related controversies, is drawing attention by revealing her pristine white jade skin with no traces of tattoos in a recently uploaded photo.

In the early morning of November 9, 2022, Han So-hee posted a picture and video with a heart emoticon on her social media account. In her published photo, Han So-hee was wearing an off-the-shoulder mini dress at an event for her luxury watch brand O, waving her hand at her camera.

However, what caught the attention of many people was that no traces of tattoos could be found on Han So-hee’s body. Han So-hee’s popularity soared due to the huge topic of JTBC’s drama ‘The World of the Married’ in 2020, at which time her past photos were also unearthed and attracted attention.

In the past, Han So-hee became famous as a ‘SNS influencer’ and posted pictures of her smoking or tattooing on social media. There were also people who looked at her smoking and tattooed photos of Han So-hee as unkind.

“I wasn’t embarrassed at all”.. A ​​cool response that became a hot topic

However, Han So-hee drew attention by resolutely responding to these controversies by saying, “The me then and the me now”. In her round interview held at a cafe in Nonhyeon-dong, Gangnam-gu, Seoul on May 25, 2020, after her controversy, she was asked, “Aren’t you embarrassed because pictures of your past tattoos became a hot topic?”

“It wasn’t like that. It was me then, and it is me now. It wasn’t much different from me back then. When you’re working, you’re bound to be limited. As I adjusted to it, I became what I am now. That was 4-5 years ago, but I was fine. I think the female fans liked it. I am grateful for even such interest.”

In particular, Han So-hee said, “The company tells me to refrain, but I’m not being rude anywhere. That’s why I don’t think you trust me.” Her appearance, which did not hide or conceal it, rather spoke proudly, aroused admiration. Han So-hee’s confident appearance once again fell in love with her fans, and even then, she is still cool and confident, Han So-hee stood tall as the most notable actress.

Han So-hee, who imprinted a strong presence in ‘The World of the Married’

Meanwhile, actress Han So-hee, who was born in 1994 and is 29 years old this year, started her career in the entertainment industry in earnest by appearing in the music video of the group SHINee in 2016. While she was in her third year at Ulsan Arts High School, after the winter vacation, she went to Seoul, and since she didn’t know a single person at the time, she received help from her grandmother for only two months and worked various part-time jobs to earn her livelihood. is said to have been maintained.

And while she was working part-time, she received a model offer and started her modeling career. Her first drama debut was ‘Reunited Worlds’. Here, she played the role of Lee Seo-won, and Han So-hee, who stepped forward with her acting, received attention by playing the role of Yoon Seo-won in ‘Money Flower’. As ‘Money Flower’ recorded the highest viewer rating of 23.9%, her attention to Han So-hee was high, and Han So-hee clearly imprinted her presence through her role of ‘My Prince of the Hundred Days’, Kim So-hye.

Han So-hee stepped up a notch when she played the role of Yeo Da-kyung in ‘The World of the Married’. In the play, she dominated the topic with her eye-catching splendid beauty and unrivaled presence. In the aftermath of this, there were a lot of love calls in the advertising world, and Han So-hee was nominated for the ‘Best Female Newcomer’ category in the TV category of the 56th Baeksang Arts Awards held that year.

The spotlight was definitely focused on her, who caught the eye with her presence and acting skills comparable to Kim Hee-ae, and at this time, her past was also re-examined. In Han So-hee’s ‘excavated’ past, what caught her attention were her smoking pictures and arm tattoos. As smoking and tattoos were regarded as ‘deviation’, attention was focused on Han So-hee’s ‘past’.

However, the person in question, Han So-hee, showed a cool reaction, saying, “I am both me at the time and now,” and did not care about the controversy. Netizens also responded that the times have changed a lot and that it was something I did after becoming an adult, so what does it matter?

See also  Prince Harry, despite the "fiery accusations": I want my father and brother back

In a recent photo released by Han So-hee, the gorgeous tattoos disappeared without a trace, drawing attention once again. With lettering on her right wrist and flowers on her left arm, she says she has been removing some of her visible tattoos as she began her acting career.

As a result, now it is impossible to find a tattoo on Han So-hee at all. In the daily photos she publishes on social media, you can see very small tattoos on her pubis and side.

Han So-hee, who is loved for her ‘responsibility’ in everything

Han So-hee perfectly digested the role of the main character ‘Yunabi’ in the work ‘I Know’, which was a dramatization of a popular webtoon aired in 2021. Although the TV ratings were sluggish, OTT attracted a lot of popularity, especially among women in their 10s and 20s. In particular, in ‘I Know’, the actor Song Kang, who plays her male lead, Park Jae-eon, and her lover showed a thrilling visual chemistry.

After the end of ‘I Know’, a picture of the two enjoying a street date together was uploaded on Instagram, and rumors of a romantic relationship broke out because the two looked so good together, but it was soon revealed that the man with Han So-hee was not Song Kang, but a Netflix drama. It was revealed that they were close staff members of ‘My Name’ and it ended with a happening.

After that, Han So-hee took on the role of ‘Yoon Ji-woo/Oh Hye-jin’ in the Netflix original drama ‘My Name’ and led the play by showing action acting that is 180 degrees different from the previous work. It even achieved decent box office performance, such as reaching the top 3 in the Netflix World Ranking, and with this work, Han So-hee was nominated for the ‘Best Actress Award’ in the TV category of the 58th Baeksang Arts Awards.

In ‘My Name’, Han So-hee showed an extraordinary sense of responsibility by filming many action scenes herself with almost no substitutes. On January 22, 2021, during the filming of ‘My Name’, various symptoms such as injuries and overwork appeared at once, causing her to faint and buy fans’ worries. I was transported and treated.

Her confident, self-confident attitude that constantly impresses her fans, and her unconditional responsibility for her duties have made her a star that everyone can’t help but love.

Meanwhile, Han So-hee is filming the drama ‘Kyungsung Creature’, which is scheduled to be released next year. ‘Kyungsung Creature’ is a thriller depicting a desperate fight with a monster that appeared in Gyeongseong in the spring of 1945. Han So-hee takes on the role of Yoon Chae-ok, a puppet known for finding the dead. Yoon Chae-ok is a character who boasts sharp eyes and agile movements, befitting a ‘todukun’ who has traveled to Manchuria and Shanghai with her father since childhood to find her missing person.

Many fans are looking forward to what kind of new look Han So-hee will show in a genre she has never challenged before. ‘Gyeongseong Creature’ is co-produced by Writing & Drawing Media, Studio Dragon, and Kakao Entertainment, and is scheduled to be released exclusively on Netflix.