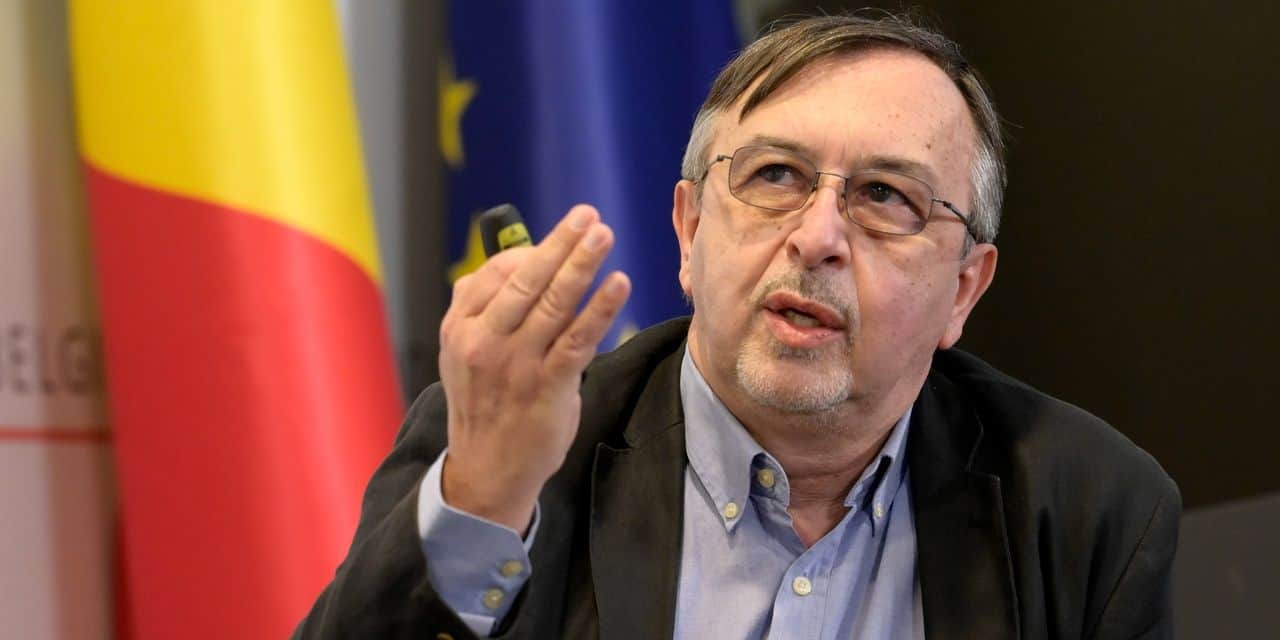 This Friday morning, the experts took stock of the epidemiological situation in Belgium during a press conference.

“We are still currently in the full exponential phase of this 5th wave and it is clear that we have never experienced such significant viral circulation”, immediately announced interfederal spokesperson Yves Van Laethem. However, the situation remains manageable at the hospital level, reassured the expert, and this in particular thanks to a persistent reduction in the beds occupied in intensive care.


Due to the significant contagiousness of the Omicron variant, new infections are on the rise in our territory (+71% compared to the previous seven-day period). “This week, we have again broken records in terms of new contaminations”, confirmed Yves Van Lathem. “This Monday, 37,000 new cases were recorded, and more than 30,000 daily contaminations should still have been recorded on Tuesday and Wednesday if the figures are consolidated”, continued the expert, who also estimates that this number of new contaminations is surely underestimated.


The increase in these new cases is observable in all age groups, but is particularly evident in the youngest. “Among 10-20 year olds, new infections have increased by 120%,” the spokesperson said. In addition, this increase takes place throughout the territory, but it is greater in Flanders (+78%) than in Wallonia or Brussels (+65%). “In absolute number of new contaminations, it is the Brussels-Capital Region which is the most affected, followed by the provinces of Antwerp and West Flanders”, further detailed the interfederal representative.

In terms of virus strains, the Omicron variant is now dominant in Belgium and represents approximately 88% of new infections. “Omicron dominates, but does not take up all the space”, however nuanced Yves Van Laethem. “We are seeing a certain leveling off of Omicron currently, and we are still seeing 11.5% of infections linked to Delta”.

Flu cases are also on the increase in Belgium currently, but we are still far from a real epidemic, reassured the expert. “We would be annoyed to have two more or less simultaneous peaks of infections”.

Yves Van Laethem then took stock of the situation in hospitals. “Hospital admissions are up slightly (+7% compared to the previous seven-day period). These new admissions have already been growing since the Christmas and New Year period but this growth seems to be slowing down at present”, said rejoiced the interfederal spokesperson, who however called for caution. From a geographical point of view, it is in the Brussels-Capital Region that we see the most hospitalizations. Brussels is currently registering twice as many new admissions as in the rest of the country.

In intensive care, beds occupied by Covid patients continue to decline. “This decrease is maintained for longer than we had hoped, so it’s a good signal”, underlines Yves Van Laethem.

Regarding deaths, the decrease persists there too. The latest figures released by Sciensano show an average of 19 deaths per day, down 18% from the previous seven-day period.

Finally, Yves Van Laehtem took stock of the situation in nursing and care homes. Despite a slight increase in contamination, hospitalizations and deaths, the situation remains good there: “Nursing homes generally suffer little from the fifth wave. Vaccination has changed the situation”, concluded the expert.