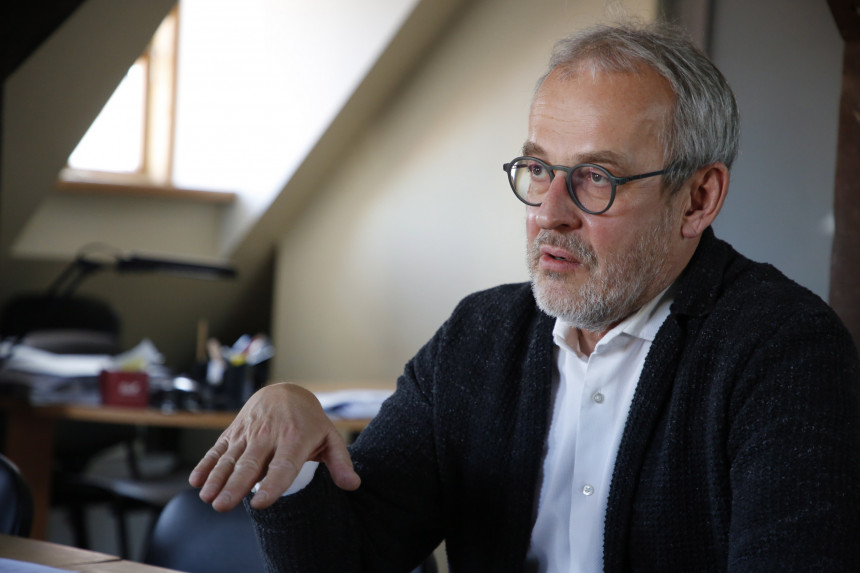 The implementation of the Rail Baltica railway project will be challenged both by changes in the supply of materials from Russia and Belarus and by contractors, says Roberts Zīle, Vice-President of the European Parliament’s Interinstitutional Support Group “Friends of Rail Baltica”.

The group’s first face-to-face meeting after the Covid-19 pandemic took place on Tuesday. The participants of the meeting got acquainted with the progress of the project implementation and exchanged views on issues that require the involvement of the national and European Union (EU) level to ensure faster and more efficient implementation of the project.

During the meeting, the growing strategic importance of Rail Baltica was repeatedly emphasized, especially in the context of the current geopolitical situation.

Zīle also pointed out that several things have changed. Russia’s war in Ukraine, despite its financial and economic consequences in the region, has once again demonstrated the importance of seeing Rail Baltica as a geopolitical security project, including in the context of NATO enlargement.

He emphasized that the allocation of military mobility as a necessary part of the Connecting Europe Facility was no longer only indirectly discussed, as it had been in the past.

Zīle also stated that Rail Baltica must withstand the inevitable uncertainty of inflation forecasts as a strategic political goal.

“The challenges will be both in terms of changes in the supply of materials from Russia and Belarus and in terms of contractors, for example, in relation to China,” Zile said.

Katrīna Trautmane, the coordinator of the North Sea Baltic Corridor, emphasized that Rail Baltica is no longer just a priority, it is an obligation, as the Baltic States must be connected to the rest of Europe by all modes of transport. She explained that there are already air connections, road connections, but rail connections are not what they should be.

Agnis Driksna, Executive Director and Chairman of the Board of the Baltic Joint Undertaking RB Rail, noted that the implementation of Rail Baltica in all three Baltic States has progressed significantly. The first construction works were successful, including at the Riga central hub, Riga International Airport, the Kaunas-Lithuania-Latvia border section and road transport and eco-products in Estonia, as well as stable progress in other areas important for the sustainable implementation of the project. Project implementers continue to work on both construction and technical project development.

MEPs also discussed the risks and opportunities of recent developments, as well as concrete measures that could help implement the project as efficiently and quickly as possible, including new financial arrangements.

The Rail Baltica project envisages the creation of a European standard gauge railway line from Tallinn to the Lithuanian-Polish border, so that the Baltic States can be connected to other European countries by rail. In the Baltic States, it is planned to build a new 870-kilometer-long European gauge railway line (1,435 millimeters) with a maximum train speed of 240 kilometers per hour.

The cost of Rail Baltica is expected to reach 5.8 billion euros, including the branch decided to be built between Kaunas and Vilnius. Part of the costs will be covered by European Union funds. It is planned that the Rail Baltica railway line will be ready for traffic in 2026.