Brazil will launch an investigation against Bolsonaro for inciting his supporters to riot Thousands of supporters of former Brazilian president Jair Bolsonaro last Sunday broke into the presidential residence, the building of Congress and the building of the Supreme Court located in the center of Brasília. This is how they protested against the loss of … Read more

Local authorities in the city of Tetouan arrested 33 people on Sunday following violence and riots that broke out in the wake of the football match between Moghreb de Tetouan (MAT) and Wydad Casablanca. Police interventions began before the start of the encounter and continued even after it ended, do we indicate. According to the … Read more The police and mobile unit were deployed on Sunday afternoon at 5.15 pm at Insulindestraat in Leeuwarden. Police on foot, police on horseback and the Mobile Unit were deployed due to riots after the lost premier league match between SC Cambuur and FC Volendam (0-3). After the game, a fight broke out. Two persons have … Read more NEWS January 4, 13:10 • 3 minutes reading time In this live blog we will keep you informed of the most important and most striking 112 news of Wednesday 4 January. 18:04 – Two suspects of riots ‘s Gravendeel detained longer Two of the three people detained for the New Year’s riots in ‘s Gravendeel … Read more

Police are now examining CCTV footage to identify the culprit. He also deals with the assault of a fifty-three-year-old fan after the match in front of the stadium, the man ended up in the hospital after the fight. In a joint statement, both clubs condemned the violence at the stadium and said they would cooperate … Read more

Riots in several cities 14-year-old dies after Morocco defeat in Montpellier 12/16/2022, 3:47 p.m. (updated) Riots broke out in several European cities following Morocco’s defeat by France in the World Cup semi-finals. A youth dies in Montpellier. In Brussels, the police arrested around 100 people. After Morocco’s defeat in the semi-finals of the soccer World … Read more

Melbourne City, currently at the top of the list, opened the scoring in 11 minutes by midfielder Aiden O’Neill. At 20 minutes into the battle, Melbourne Victory fans threw fireworks at the stadium, and Mexico City goalkeeper Tang Gaohua threw them back to the fan area. A group of fans then broke through the security … Read more

CELEBRATION: Moroccan fans took to the streets of Oslo when they won the quarter-final against Portugal. Photo: Rodrigo Freitas / NTB According to the plan, the bronze final between Morocco and Croatia on Saturday was to be shown at Youngstorget and Kontraskjæret. After the row that occurred on Wednesday, the organizer has chosen to cancel … Read more 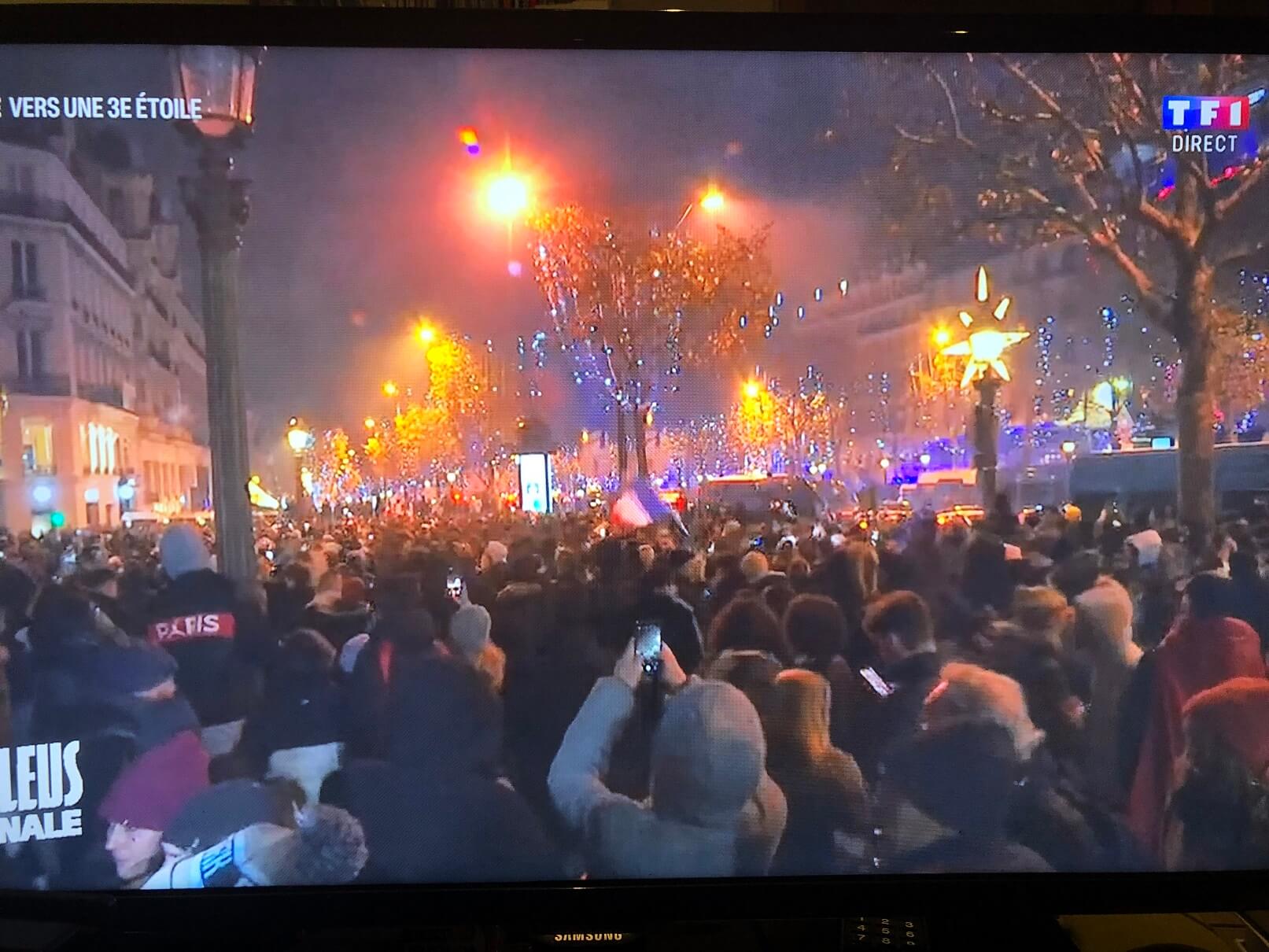 France won the World Cup semi-final against Morocco 2-0 on the night of the 14th in France.Soon after, many supporters flocked to the Champs-Elysées in Paris, and according to the contents announced by the Paris police, about 25,000 people gathered on the Champs-Elysées in just one night. Last week’s quarter-final saw Morocco reach the last … Read more