Image taken from a video of an explosion in the province of Isfahan, January 29, 2023. – / AFP A military complex in Isfahan, in central Iran, was targeted on January 28 by a drone attack. the Wall Street Journal and the New York Times attribute it to Israel, citing unnamed US officials and intelligence … Read more

<div id="firstBodyDiv" data-bind-html-content-type="article" data-bind-html-compile="article.body" data-first-article-body=" A number of nursing strike participants, and their supporters, explains to the website "Sky News Arabia" The reasons that prompted them to do so, and the prospects for a solution that they expect from the government. Tsunami strikes Several countries in Europe stand on a hot plate as a result … Read more

Since the release of his Netflix series, Prince Harry is omnipresent. Chaining the interviews, the son of Charles III and Diana reveals behind the scenes of a sometimes complicated life within a family far from being like the others. The icing on the cake of this media unpacking: the out of his memoirs, on January … Read more

Some still believed in a last minute reversal. But Michael O’Leary, the boss of Ryanair stayed on his line: the Irish company is closing its base at Brussels-National airport for good. A half-surprise since Ryanair no longer parked planes in Zaventem during this winter season. The company will therefore also not reopen during the summer … Read more

Today, the Ukrainian aviation carried out ten strikes on Russian military, and three enemy helicopters were shot down. This was announced by the General Staff of the Armed Forces of Ukraine in a Facebook post, Ukrinform reported. The opponent led offensive actions in the area of ​​Bakhmut, Avdiivka and Liman. It is also trying to … Read more

Jakarta, CNBC Indonesia – Indonesia’s defeat against the European Union in a lawsuit against the nickel export ban at the World Trade Organization (WTO) has not made the government back down, but instead is ready to strike back at the countries that sued, including Europe. The Minister of Trade (Mendag) Zulkifli Hasan said that Indonesia … Read more 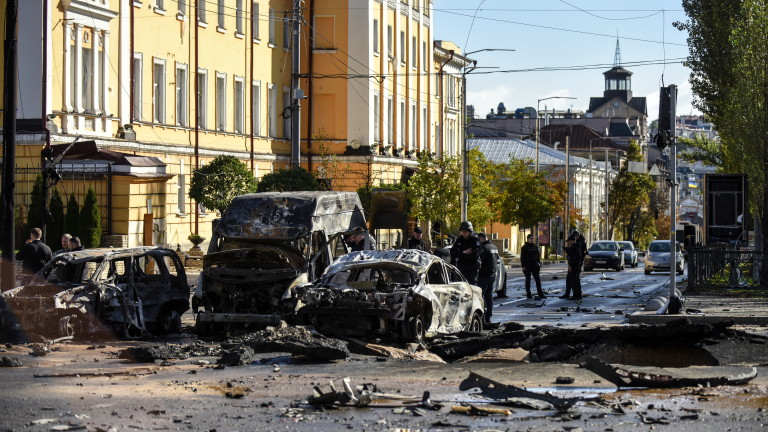 Aviation of the Defense Forces of Ukraine made 18 hits on the enemy on January 5, three of them on positions of anti-aircraft missile complexes. Ukrainian defenders also shot down a Russian attack aircraft and a Su-25 helicopter. The General Staff of the Armed Forces of Ukraine announced this in a post on Facebook, cited … Read more

British Prime Minister Rishi Sunak is likely to announce new legislation today that should limit strikes so that society is not too disrupted. That writes The Times. In six sectors, a minimum level of service must be guaranteed when employees go off work. This would concern health care, rail, education, the fire service and customs. … Read more

After the German inflation data that cheered market participants on Tuesday, it was reported yesterday that prices in France rose by 6.7 percent in December. at an annual rate. This is 0.4 percent. point less than in November and 0.6 points less than forecast. French data are considered more representative of trends in the euro … Read more

The representative of the Main Intelligence Directorate of the Ministry of Defense of Ukraine Vadim Skibitsky in an interview with RBC-Ukraine said, citing operational data, that Russia only has enough missile stockpile for two or three more massive strikes of about 80 missiles each. In his words the Russians have already fired their strategic stockpile … Read more